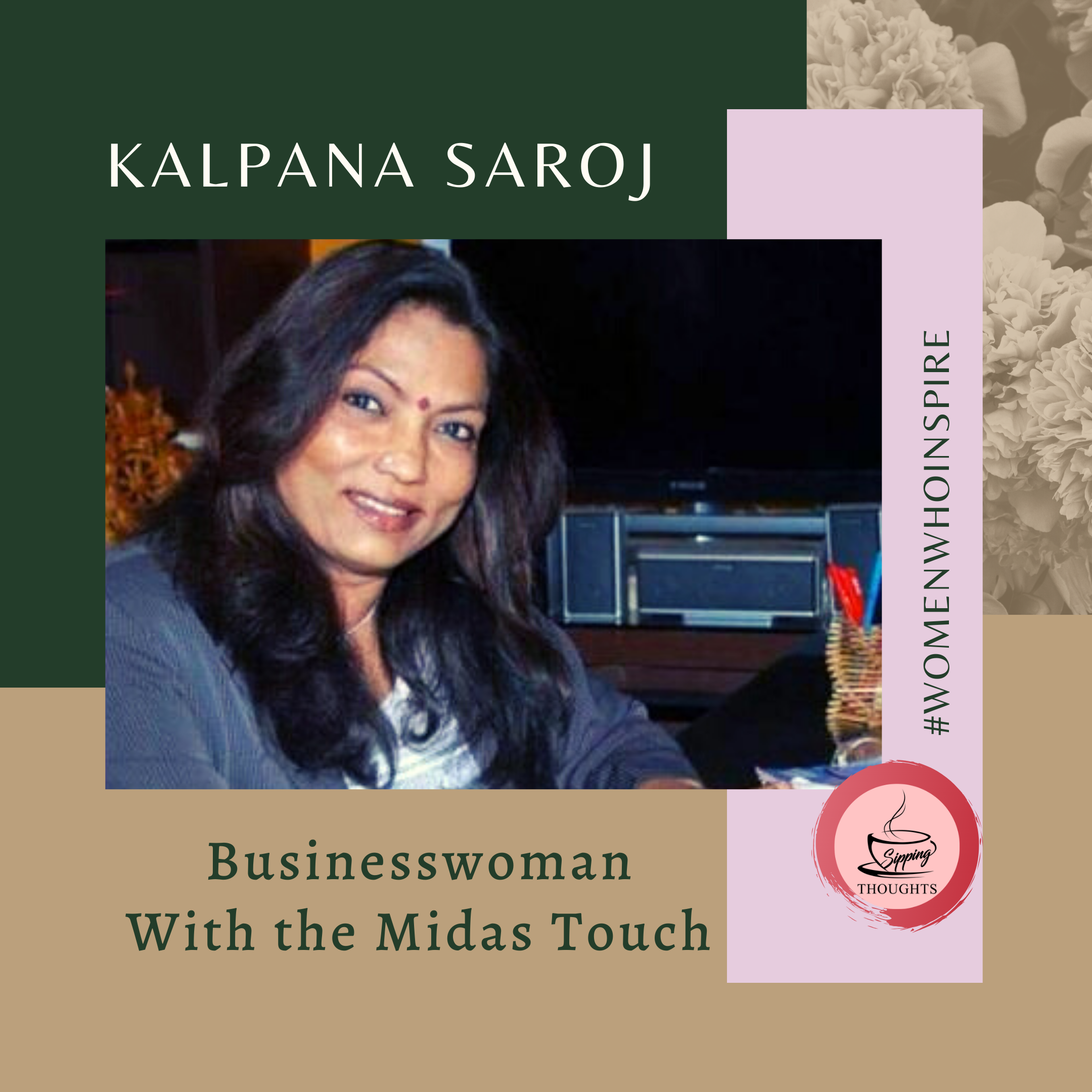 In 2014-15, she lobbied for and got the Indian government to buy Dr. Bhimrao Ambedkar’s house in London. For her, that house was a symbol of what the oppressed and the dispossessed could achieve. She is a living icon herself- an uneducated Dalit woman who is one of the leading entrepreneurs of India.

Padma Shri Awardee Kalpana Saroj was born in 1958, the eldest of five children of a Dalit police constable in Maharashtra. Her childhood was a series of challenges- caste prejudices, interrupted education, early marriage, abusive husband, and poverty.

Rescued from her husband’s home by her father, Kalpana began to work in a garment manufacturing unit for Rs. 2 per day! She still remembers the day she earned 100/- a princely sum she had earned herself!

And she would have continued to struggle along but for the unfortunate death of her younger sister in 1974. Kalpana did not have Rs. 2000/- needed for her treatment. That profound loss gave birth to a resolve- She must earn MONEY.

Kalpana’s journey from this modest beginning to her present leadership status is not just an incredible story of a determined entrepreneur. It is a story of courage, confidence, perseverance….and of empathy. She took loans available to backward classes and launched a boutique and a furniture business. She diversified into real estate, movie production, and gained recognition as a savvy land litigation expert. In 1978, keen to help others, Kalpana started Sushikshit Berozgar Yuvak Sangathan to assist unemployed young men and women find jobs. Such was her success that young men and women called her “Tai”, the elder sister.

By 1998, Kalpana’s real estate business was giving a turnover of 4crores!

In 1999, another opportunity opened up for this gutsy destiny’s child. Kamani Tubes, a heavily indebted and bankrupt company, reached out to her for help. This was no ordinary company. In fact, in 1987, the court had handed over this loss-making venture to its workers. Kamani Tubes was run by workers, who, although sincere and well-meaning, could not turn it around. As Kalpana says. “Here was a company with 3500 bosses!” With loans worth 116 crores, 140 cases of litigations and two unions, Kalpana had her task cut out for her at Kamani Tubes.

Kalpana took over as chairperson of Kamani tubes in 2000. Meeting bankers, politicians, administrators, and keeping up the morale of workers, Kalpana gave it her all. It took a decade to pay back all the loans and restart the company. Now, Kamani Tubes posts a profit of 5 crores annually.

Presently, the combined annual turnover of Kalpana’s businesses is over 2000 crores. Kalpana remarried and is a mother to a daughter and a son.

In her story, there are no fancy qualifications, no stellar mentors, and definitely no silver spoon. In 2013, as she received the Padma Shri Award for Trade and Industry, Kalpana could not help but remember her humble beginnings. It is true that a superwoman does not need a cape or a fancy shield. She only needs her own wits, courage and self-belief.  As Kalpana Saroj has shown, there are no insurmountable barriers.